There are definitely more disturbing things happening in reality than in my drawings.

L&M: Do you view your work as political?

MD: I read the newspaper every day, I mean pieces of the newspaper. (laughs) And I listen to NPR. So whenever I hear a story that’s disturbing it kind of comes out in the drawings. Not usually on purpose, but if it’s something that’s disturbing my conscience then I need to just get it out. Especially events like the Iraq War or the Sandy Hook ShootingSandy Hook Shooting

The Sandy Hook Elementary School shooting occurred on December 14, 2012, in Newtown, Connecticut, when 20-year-old Adam Lanza fatally shot 20 children and 6 adult staff members. Prior to driving to the school, Lanza shot and killed his mother at their Newtown home. As first responders arrived at the scene, Lanza committed suicide by shooting himself in the head. (wiki) or even now with police shooting unarmed black kids. It’s hard to not have that in the back of your head, even if you’re working on some strange drawing. Reality kind of gets in there.

L&M: Are your drawings always a reaction to actual political events, such as in “Pepper Spray SaturdayUC Davis Pepper-spray IncidentThe UC Davis pepper-spray incident occurred on November 18, 2011, during an Occupy movement demonstration at the University of California, Davis. After asking the protesters to leave, University police pepper sprayed a group of demonstrators as they were seated on a paved path in the campus quad. The video of UC Davis police officer Lt. John Pike pepper spraying demonstrators spread around the world as a viral video and the photograph became an Internet meme. (wiki)” or “Malala will have her revengeMalala Yousafzai 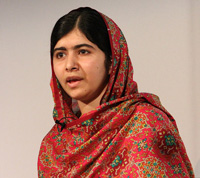 Malala Yousafzai - Malala Yousafzai (Malālah Yūsafzay, Pashto: ملاله یوسفزۍ‎; born 12 July 1997) is a Pakistani activist for female education and the youngest-ever Nobel Prize laureate. She is known mainly for human rights advocacy for education and for women in her native Swat Valley in the Khyber Pakhtunkhwa province of northwest Pakistan, where the local Taliban had at times banned girls from attending school. (wiki)”?

L&M: You often depict terrorists in your drawings. For example, you have a drawing about the government’s exaggeration of terrorist threats called “Inflated Threat.” You also made a series of paintings of Leila KhaledLeila Khaled 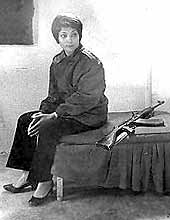 Leila Khaled (Arabic: ليلى خالد‎,), born April 9, 1944, is a member of the Popular Front for the Liberation of Palestine (PFLP). Khaled came to public attention for her role in a 1969 hijacking and one of four simultaneous hijackings the following year as part of the Black September timeline. (wiki) sitting on a bed called “Forgotten Terrorist” – she also found her way into the film “A Game of Chess"A Game of Chess." (2011) 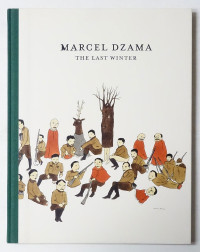 Marcel Dzama, "The Last Winter." Publisher: Timothy Taylor Gallery; First Edition edition (2004)” book features tortured Iraqi prisoners from Abu Ghraib. Why is the theme of terrorism such potent a symbol for you? Did it start with September 11? Were you in New York at that time?

MD: I think funny enough, it really started really early on, ’cause when I made the early story books I was really young. It was around the time when G.I. Joe had these villains called CobraG.I. Joe, Cobra 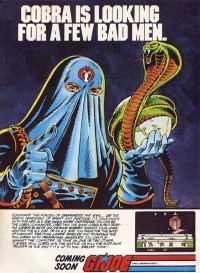 Cobra, "Looking for a few bad men." Cobra is a ruthless terrorist organization determined to rule the world. They are usually led by the ruthless Cobra Commander, although others have at times usurped control. It relies on the might of its legions of Cobra Vipers and Cobra Troopers to execute its diabolical schemes while trying to destroy its main enemy: G.I. Joe. (G.I. Joe wiki), and I was really into those characters. I had this one, he was all covered up like that. He had a ski mask on as his main costume. (laughs) I always enjoyed that character. But that’s an early influence. Later on, it was after Sept. 11 – I just felt like, especially with “Inflated Threat,” that [the government] was using it as an excuse to get away with anything, like going to war with a country that had nothing to do with it, just using it for other political reasons. Also the way the country became very patriotic. I felt it was a little disturbing. Maybe it was fine for some people.

L&M: Were you affected by the acts of terrorism you might have seen on TV in the 70s & 80s?

MD: I remember the hijacking of airplanes when I was watching Saturday morning cartoons. I think that’s why. I even remember having playing cards that had terrorists on them. I had a weird playing card that had Gaddafi on it, and I think it even came with bubble gum. (laughs)

I guess I’m just subconsciously taking in images and when I’m drawing I’m kind of expelling them, and that’s what comes out. I’ll be reading a lot about the Iraq war or some terrorist event and on top of it I’ll probably be reading “Paradise LostGustav Dore, "Paradise Lost." 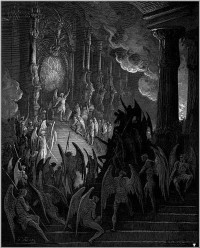 Gustav Dore. Illustration for John Milton’s “Paradise Lost“ (1866). The poem concerns the Biblical story of the Fall of Man: the temptation of Adam and Eve by the fallen angel Satan and their expulsion from the Garden of Eden. Milton"s purpose, stated in Book I, is to "justify the ways of God to men". (wiki)” or something. (laughs) And the two will mix together into a drawing, but mixed also with whatever I am also thinking of based on those stories. I imagine it’s like how any writer writes or a poet or other artist – what you’re taking in is what comes out of you. And a lot of times I find that I’m just done with that subject matter too. I feel like it’s out of my system so then I just move on to something else.

MD: I find that it’s that grey area where the good guy is not always the good guy. I kind of worked it into the film I just did, the tricksterThe Trickster 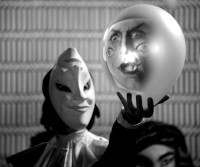 MD: Yeah. I like the whole idea of that. Well, there are some drawings though that are pretty black and white, but I don’t really like those drawings. (laughs) It changes from drawing to drawing but I guess if you were to look over the whole scope of everything, there’s no real good or bad guy. 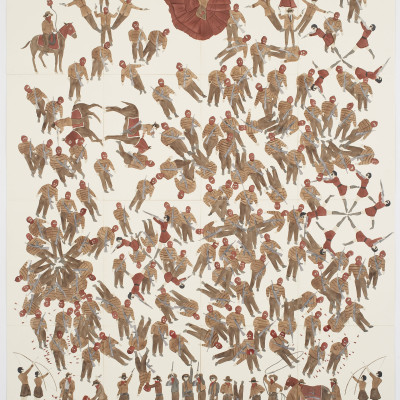 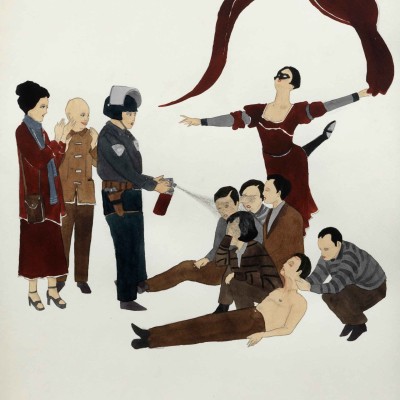 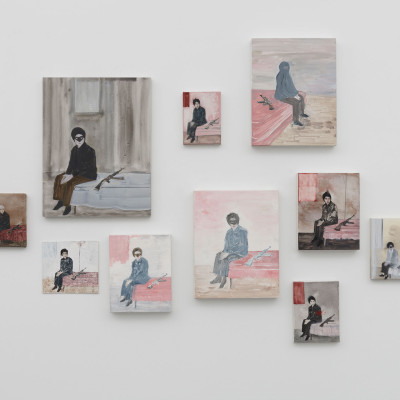 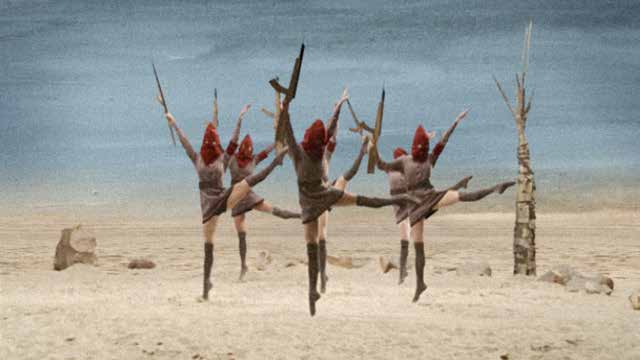 I’ve always enjoyed monsters because they represent the outsider.

Where the Wild Things Are is a 1963 children"s picture book by American writer and illustrator Maurice Sendak, originally published by Harper & Row. The book has been adapted into other media several times, including an animated short in 1974 (with an updated version in 1988); a 1980 opera; and a live-action 2009 feature-film adaptation, directed by Spike Jonze. The book had sold over 19 million copies worldwide as of 2009, with 10 million of those being in the United States. as well as the two-faced Inuit monstersNancy Pukingrnak Aupaluktuq 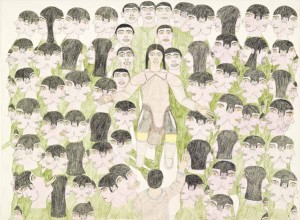 Nancy Pukingrnak Aupaluktuq, "Rescued from Two-Faced Monsters." (1978) Colored pencil, graphite on paper, 22 1⁄8 x 29 inches (56.2 x 76 cm). Collection of the Winnipeg Art Gallery; Gift of an anonymous donor. © Nancy Pukingrnak Aupaluktuq/Canadian Arctic Producers . There’s a difference in how monsters are depicted in those two cases, as well as in your work, compared to how they’re normally depicted.

MD: I’ve always enjoyed monsters because they represent the outsider. Society is scared of them or violent against them. I guess I kind of, just being an artist in the middle of Winnipeg, considered myself an outsider. Maybe that’s why I enjoyed them so much at an early age and later as well. And usually in drawings they represent something, playing sometimes on their mythology, if it’s, say, like a minotaur. I’ve drawn a lot of bears, cause being in Canada, I’d see them at my auntie’s farm quite a bit, so it was kind of interesting to see a real wild animal that could do damage to you in person. So it kind of stuck with me.

L&M: When you say that monsters are “outsiders,” it’s evident you are sympathetic towards them.

MD: Yeah, ’cause it works with that whole idea that there’s no good guy or bad guy. Usually there’s something cruel happening to the monster by some innocent looking character, like say a young girl shooting arrows into some stand-in monster that’s not bothering anyone.

L&M: Monsters can also be defined as those who do unspeakable evil.

MD: Usually with the drawings I like to twist it around where the most innocent looking characters are doing the most damage, whereas the big, supposed-to-be scary characters are usually the one’s being beheaded or something. (laughs)

MD: Yeah, I totally understand what you’re saying. I mean it’s a pretty violent world [the characters] are living it, but I don’t see it being destroyed by a few misguided people. (laughs) There are definitely more disturbing things happening in reality than in my drawings. Usually most of the things in the drawings are things that I heard actually happened, and they come out in the drawing. And there’s a lot of stuff I don’t want to hear (laughs) that would be even more disturbing than what I’ve drawn. 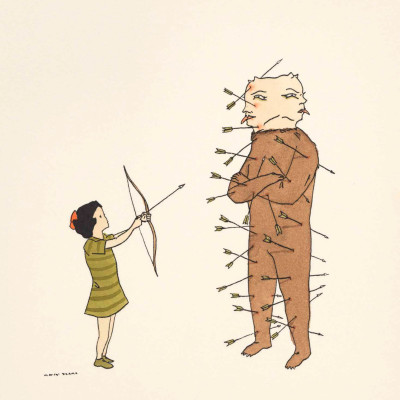 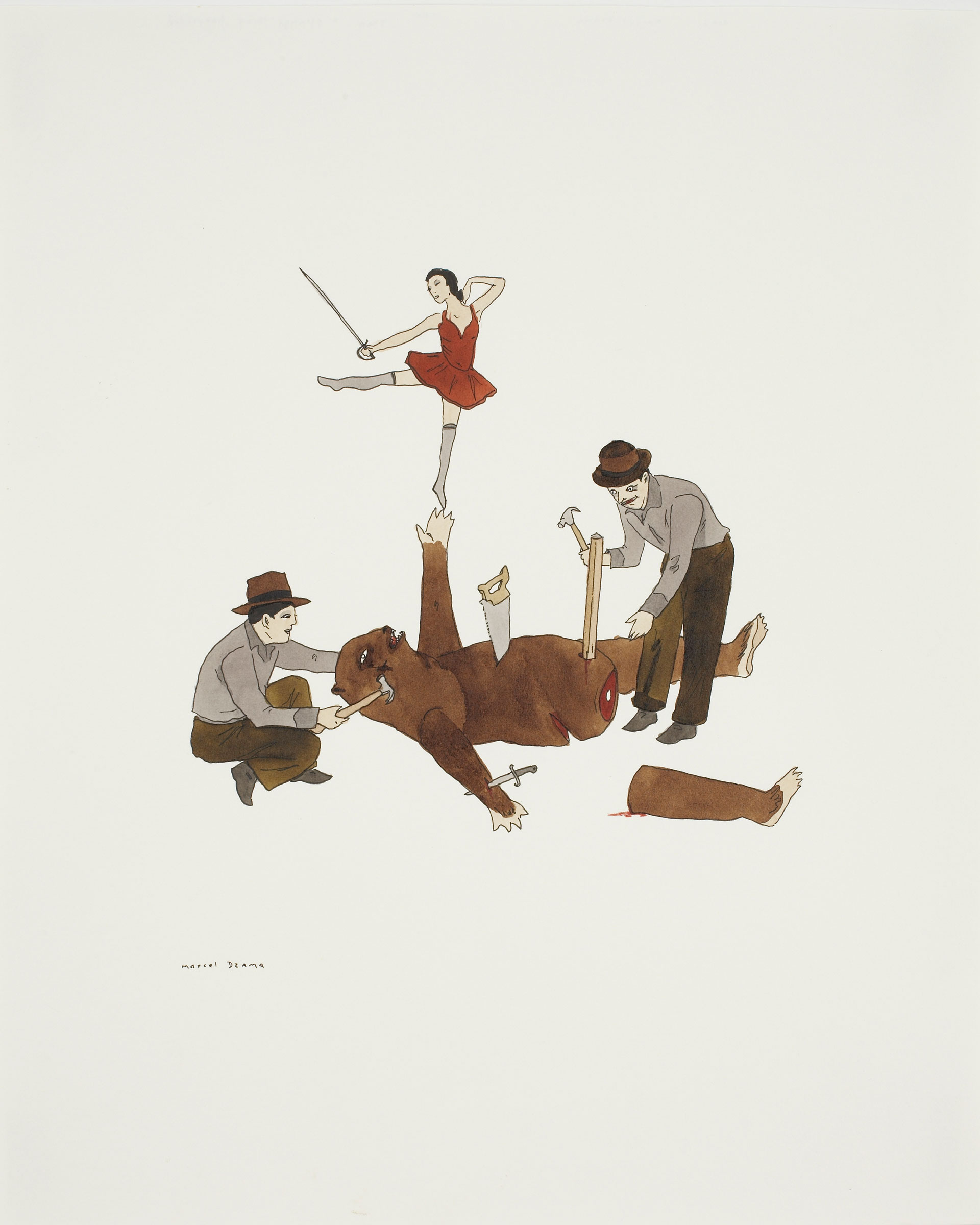